3 Tips to Execute a Successful Advocacy Campaign in 2020

Executing an advocacy campaign in 2020 looks a lot different than it did in 2010. A well-designed advocacy campaign should include multiple pursuits that work harmoniously towards achieving a singular objective. When trade associations and nonprofit organizations seek to influence public policy through advocacy campaigns, these groups strive for grassroots support, media exposure, and, ultimately, a change in legislation around an issue. In other words, an advocacy campaign is no small act and requires time to plan and carry out to reach your legislative goals.

1. Use a comprehensive digital strategy to support your political advocacy campaign

Digital strategy can encompass anything from social media to the use of email marketing, web design, writing, and more to achieve objectives. Technology has fundamentally transformed how nonprofits can engage with their supporters and in the legislative process. Because of the many opportunities presented by the digital world, a digital strategy is essential to support your political advocacy campaign.

Your digital strategy should center around these three goals:


It's crucial to find what works for your supporters, members, and organization as that will be a winning strategy.

2. Funneling supporters into action, both online and offline.

That word "funnel" again. Digital advocacy, like digital marketing, requires driving supporters to an end goal—an action. In most advocacy campaigns, it's writing an email to an elected official, making a phone call, or participating in your organization's lobby day.

As an advocacy campaign progresses and awareness surrounding the issue or item of legislation increases, engaging supporters directly is critical. As a trade association or nonprofit, the most vital voices propping up your group's mission are its supporters and members. A key element to any successful advocacy campaign is to funnel all branches of your effort to direct political advocacy, both online and offline.

3. Track and measure as much as you can.

Impressions, click-through rates, actions-taken — all of these measurements can seem trivial when the real goal of an advocacy campaign is policy change.

They aren't. Those analytics are an incredibly important indicator of the success of your campaign. It allows you to benchmark your advocacy efforts, and improve them either on the fly or in your next campaign.

These are the data-driven decisions that will make your campaigns healthier and your organization stronger in advocacy.

Following these three simple tips will allow your advocacy campaigns to flourish in the beginning. Don't overcomplicate the process — the whole point of moving things digital is to simplify. Create a method for your association or nonprofit that you know will give you winning results every time. 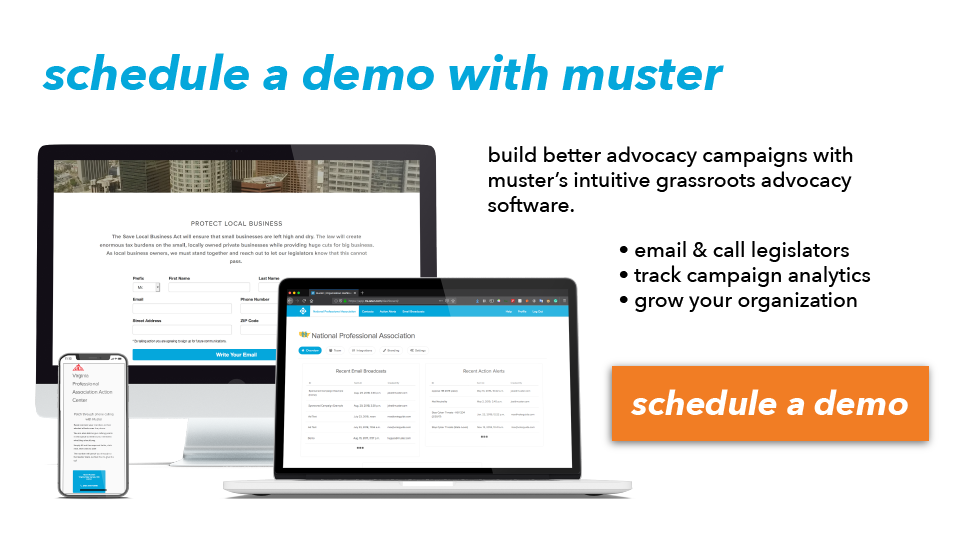 5 Ways to Use Advocacy Software (That Isn't Creating Advocacy Campaigns)