What Facebook's New Email Marketing Tool Could Mean For Nonprofits

Facebook is working on a new email marketing tool. What could that mean nonprofits and grassroots organizations looking to engage their supporters?

For over a decade now, nonprofits and grassroots organizations have relied on the social network giant to grow their network and spread their mission. Facebook has, over the years, continued to expand its suite of marketing tools available to businesses and organizations — from its ability to hyper-target ads to Facebook messenger allowing businesses and organizations to connect directly to their followers. Now though, Facebook is dipping its toes into the email marketing game. This past summer, a small number of Facebook business users were given access to the new tool for testing.

It's unclear what the final version of this tool will look like and when it will be available. What is clear is that this could have significant implications for nonprofits, advocacy groups, and grassroots organizations — large and small.

Some quick facts about what we know about Facebook's email marketing tool:

#1: You won't be able to email those who only follow/like your page.

Now what sort of features will they bake into the tool that will make that process easier remains to be seen, but they will most likely come in future updates.

#2: It won't be as advanced as we expect a Facebook product to be.

While their email marketing tool will undoubtedly be powerful, it will likely lack some core functionality and customization you'd find in an established email marketing tool, free or paid. If Facebook expects this tool to gain traction (which why would they make it if they didn't?) they'll have to expand the feature set to make it a desirable tool.

So, what does this mean for nonprofits, advocacy groups, and grassroots organizations?

An example, The Women's March that occurred in DC in 2017 started as a Facebook event. That's it. They quickly acquired nearly 500,000 advocates. 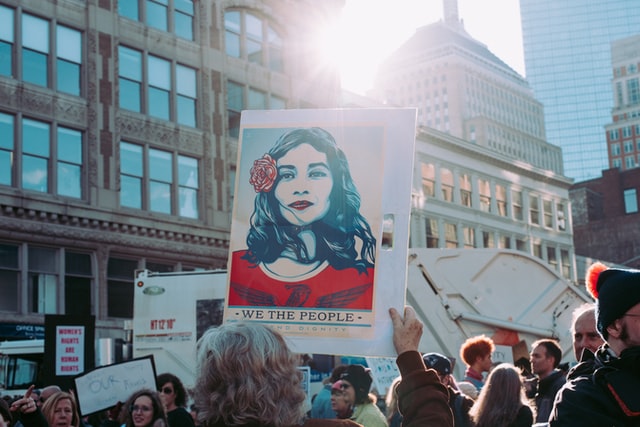 Since 2017, Women's March has blossomed into a mighty nonprofit fighting for women's equality on multiple fronts. From marches to advocacy to volunteerism. What started as a march put together on Facebook has grown into one of the world's most recognizable advocacy organizations.

If Facebook continues to build-in tools for organizations to grow and engage their audience, it provides a compelling reason for them never to leave the Facebook sphere.

Will it cause nonprofits and grassroots organizations to drop their current email marketing platform?

At least for larger, more established organizations. Smaller organizations or those just starting may find some benefits in switching or starting their email marketing out on Facebook.

It will be fascinating to see how it can integrate with current systems and how other applications (like advocacy, donations, and events) could integrate with Facebook's newest venture. All of that will depend upon how well Facebook supports it.

Will the waters are still murky on just what Facebook's email marketing tool will bring to the table. It's clear that if adequately supported, grassroots organizations who find Facebook as their primary source of audience engagement could see significant benefits from using it. If the right integration partners are there, it could become a powerful tool for digital advocacy, donations, and events.

Is Facebook still a viable social media channel for grassroots advocacy in 2020? See how you can best leverage it for your advocacy campaigns.

Get the basics of your Facebook profile down and learn some tips for keeping it current and ready for your next grassroots advocacy campaign.

Discover the 3 core pieces of content every nonprofit should cover on its website to keep members engaged in their grassroots advocacy campaigns.