Video: The First Steps to Growing Your Grassroots Advocacy Network

In the first episode of our video mini-series, "How to Grow Your Grassroots Advocacy Network", our guest, Brian Cannon, Executive Director of OneVirginia2021, lays out the key steps to building a supporter base. We were so honored to speak with Brian about this topic, who is truly an expert in the subject matter! Brian became the Executive Director of OneVirginia2021 in January 2015. He brings over a decade of experience in non-profit leadership, community building, fundraising, and bipartisan advocacy for state policy issues. Click below to view the first installment of a three-part video series:

What are the first steps when creating an advocacy network?

Brian: We work on redistricting reform, so that has a natural cycle throughout the year, interspersed with other events. We have a General Assembly session that lasts 6-8 weeks. Then there’s a veto session that lasts a day in April, then there are court cases that pop up that you can usually predict. If you’re building an advocacy plan or growth plan, you have to think about that timeline and how you can build around and up to it. Find the rhythm of your organization’s cycle should be if you can map it out. If you are just starting or look back and see what it was and how you can build forward.

Were there any roles or job functions that you found were critical when you first started building your advocacy network?

Brian: So our organization is three years old. I became executive director when I was a year into it, and we had a good base to start with. You want to know who your supporters are, where they live (very important), and what actions they have taken with you. The other thing I would add is that when you get new supporters in, you can tag them in your system to find out these are people that came through our online petition, these are people who we were at an event with, Beleaguered Women Voters in Lynchburg, and we got there support--they signed up there, and we input it into our system through that. And knowing those things about your people and getting it right from the beginning will help you build-- it’s easy when you’ve got a list of a couple thousand people to kind of know where they are, but when you are talking to tens of thousands, it’s really difficult to have an origin on.

Brian: It doesn’t have to be complex and I think that when you look into different things out there, there’s ways you can do online funding, there’s organizations that do that only, you can join with them and use them for that part, obviously Muster has been a big part of our story and our growth, in helping get people engaged with their legislators-- we also use as a back end customer relationship management software called NGP Every Action. It’s a pretty big thing, we try to buy the smallest version of it possible, and just use that as the backend to integrate our mailing list with our supporters, as well as using some of the geo-targeting, which is so important as well. So that’s how we do it, but I will say that the most important thing we use is what our people use, not what we use for ourselves, but it’s what our people use, which is Facebook and Muster-- So those are the two ways to communicate, we use twitter a lot, but gerrymandering takes up way too many characters on a tweet to make it much use for us.

Any advice for organizations and how should they go about messaging for advocacy?

Brian: Yeah, well I think you have to try what works, right? There are things you can usually-- you know throw things up and see what sticks-- A bunch of people answer this email, not a lot of people answer that- So you can A/B test your emails usually, that's encouraging. But you can also test it out on Facebook. Facebook is probably the easiest way to do it, because if you put up a little picture with some words in it that really resonate with people, you will see them like it, share it, and things like that. That will let you know that messaging is working. We have seen some rudimentary polling on redistricting reform that kind of helped us early on, I think we’ve iterated and tried beyond that now. But it's probably the toughest part, Staring at that email template and saying what's the subject line of this thing going to be? Because oftentimes thats all people are going to see, and so you’ve got to get them beyond that, so I think the other thing you need to do is build in your messaging to your people, a sense of urgency, a sense of ease, which Muster really helps-- click here, take action. That’s super easy, and you need to be brief. Just because no one wants to read super long emails-- And I think there are a lot of email platforms where people can see the first couple lines of the email, right? So you can see the “Dear Joe,” and then see the first two lines, but not the rest. So you gotta make your subject line compelling, but also those first two lines as well. I think the more you can assume they know, just a little bit more than what you might take from the beginning as if you were just having a conversation. That's the way to communicate by email. Don’t take them from the very beginning on your email, because it will just take you so darn long, you will, at paragraph three before you get to the action step you want to take, a lot of times what we did early on, is that we wrote that long email and then we went back and deleted the first two paragraphs (Joe: Yeah), It's like this is what we meant to do and that's not a bad way to do it. In theory, they've also-- all their people that are in your system have already heard the presentation once. So they know you, they trust your organization-- You know-- You've built up some trust with them, so when you tell them “hey I really need you to make a phone call today,” They're more likely to do it. And you can always put extra links at the bottom, ps, pps, all that stuff like that that says if you really need more details about SJ293 you want to see all the talking points, theyre here. Right? That kind of stuff.

Brian: Yeah. So we’ve just dipped our toe into the water. And I will tell you that delegate Sam Rasoul, a delegate out of Roanoke used it, I logged on and watched his Facebook Live. And it was-- the beauty of it, is it’s super low-- It’s not fancy, right? It’s not a well produced video-- It’s just straight to camera, him watching through, having a conversation, and it was a great way for him to communicate with constituents, answer some of their questions-- and yet it also adds a lot-- because the person going live can kind of control the message, right? So it’s not necessarily where you see the Town Hall these days for congressmen coming back-- and they’re just getting yelled at and they can’t even get their word out-- no no no-- You can get your message out, but also, because they can type and make comments, you can communicate. So what we did it for-- to update people on what was happening next-- and we did a quick little video for everybody to say hey we’re going to be live in-- I think we said in an hour or maybe it was two hours-- we’re going to be live in two hours. Facebook loves video. So the more you give it video, the more it will pop up in people’s feeds. So that what we used, and so it-- the video popped up it was a little-- brief little teaser saying hey we’re going to be live in just a little bit, come join us at 4:30 or whatever it was and reach out that way. I’ll say the other way we’ve used it-- we’ve used it with organizations we are partnering with. When they want to get to know us, it’s a good way to use their facebook-- their Facebook page to do a Facebook live event there-- or you could-- I mean you could just really Facetime on your phone-- we’ve done that when I couldn’t make it out to-- you know-- a Loudon County event or something like that, if it was a house party with 15 or 20 there talking about our issue, right? That’s great, but I can’t always make it up there to do it. So they have their meeting, and I just Facetimed in and met everybody that way. 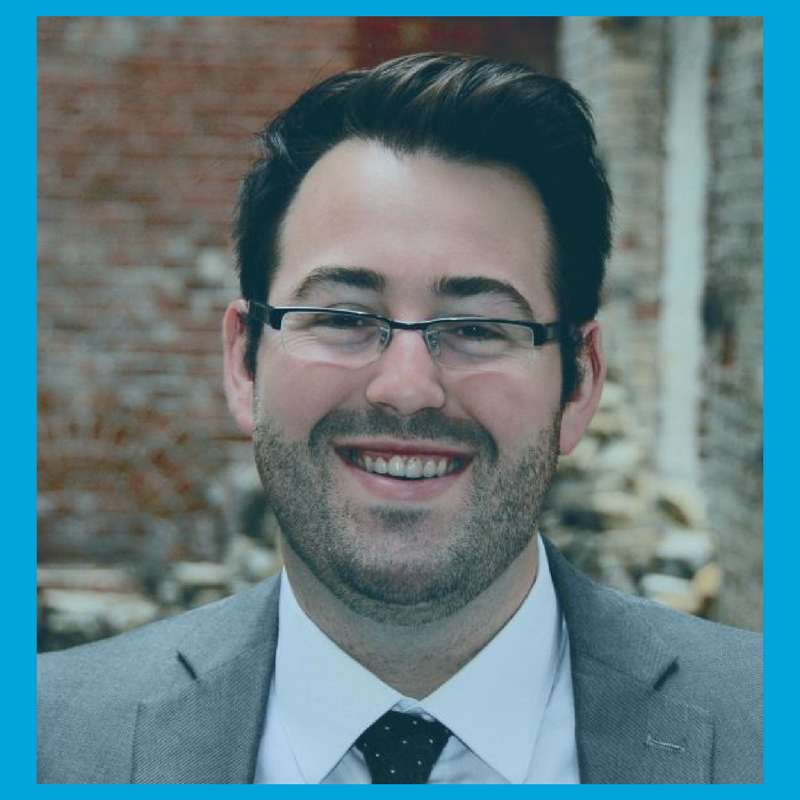 Meet Muster: Get to Know Corey 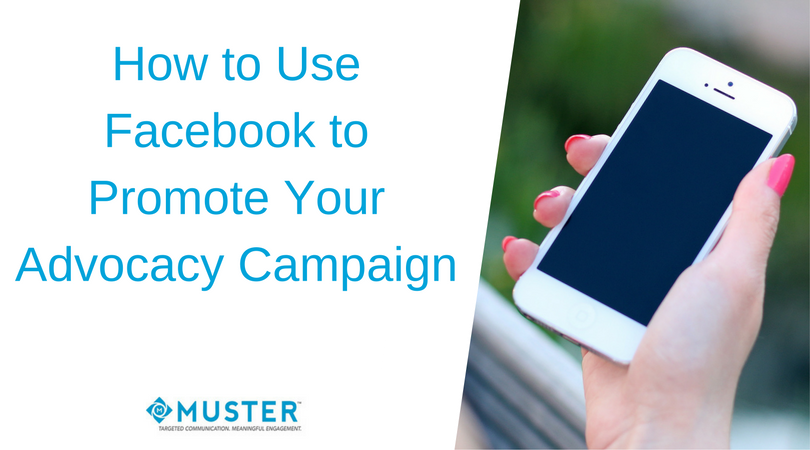