Nonprofits and associations, particularly those organizations with strong grassroots needs, should focus on building social capital for greater engagement. 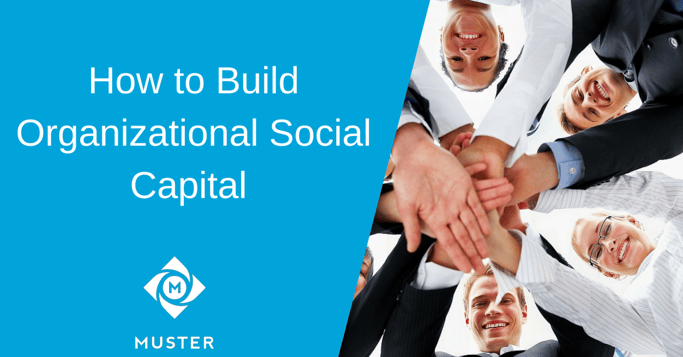 In a democratic society, citizens have the freedom to organize and form social networks, movements, and cause-oriented groups.

Social capital refers to the collective importance of relationships among individuals, and the beneficial effect of these social networks on the greater good. It’s not strictly a general assessment about how friendly a group of people can be -- social capital is important.

Social networks are powerful. Strong networks of likeminded people build social capital, and it’s through these civically-centered coalitions that citizens are able to work together to reach common goals. Goals can be policy-related, community-focused or even more micro-based. In an empirical study conducted by the Center for Information and Research on Civic Learning and Engagement (CIRCLE), researchers found that civic participation fosters social capital.

Consider social capital as a resource nonprofit organizations can access for engagement, especially in terms of political advocacy. Supporters that trust organizations, and their peers involved in the organization, are more likely to participate in organization-led advocacy initiatives.

People that trust one another are more likely to help each other. As a matter fact, as esteemed political scientist Robert Putnam points out, if you simply nod your head to acknowledge someone as you walk by them, that person is consequently more likely to help you out should you need help.

Researchers at the Saguaro Seminar of the JFK School of Government at Harvard University reaffirm that social capital building occurs around the principle of trust. Activities centered around trust-building fall on a scale of low trust-building to high trust-building levels. According to the researchers, the highest levels of trust-building activities for groups involve “deeper introductions as part of a meeting” or an event where individuals “pair up and share their extended stories”.

So, what can organizations and associations do to develop social capital from within? Here are 3 ideas:

At the end of the day, social capital is all about relationships. It’s important that interpersonal relationships among members exist, but that the relationship is extended to the overall symbol/idea of the organization they belong to. Nonprofits and associations, particularly those organizations with strong grassroots needs, should focus on building social capital. For groups that participate in nonprofit advocacy, collective engagement will be stronger, leading to a more effective organization in the policy sphere.

For more information on social capital, check out the Saguaro Seminar at John F. Kennedy School of Government at Harvard University www.BetterTogether.org.

Ways to Engage Your Membership for Stronger Grassroots Advocacy Happy Friday everyone! Let’s kick off the weekend with this list of ways to further...

Nonprofits engaging in advocacy should look to Patagonia’s involvement in grassroots and political activism as a leading example of a civic-minded...