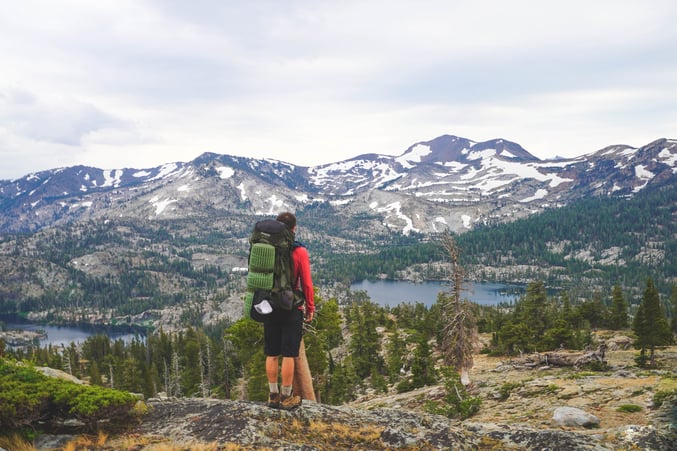 Photo by Eric Ward on Unsplash

Nonprofits engaging in advocacy should look to Patagonia’s involvement in grassroots and political activism as a leading example of a civic-minded company. Revered for its outdoor gear and apparel, Patagonia has also built an impressive reputation as an environmental champion. A self-described “Activist Company”, Patagonia has proven its commitment to environmental causes for decades (according to this article, Patagonia has hosted grassroots trainings for 20 years!) In recent months, Patagonia has emerged as a trailblazer in the defense of public lands through the use of digital advocacy tools. With the aid of online advocacy, Patagonia inspired civic engagement among like-minded citizens by empowering them through political participation. Here are four things nonprofit organizations can learn from Patagonia’s remarkable environmental activism:

1. The Power of Unifying a Brand with a Cause

The takeaway: nonprofits should lean on political advocacy engagements and promote involvement in a cause as an extension of their brand.

Patagonia sprang into action in 2017 when the Federal government threatened to thin protections for public lands. The company mobilized advocates across the country through online advocacy campaigns.  Online advocacy software can give rise to grassroots movements from the ground-up. As a matter of fact, one of Muster's clients, the Outer Banks Chamber of Commerce successfully came to the defense of an issue close to the heart of the community: the Plastic Bag Ban. About a decade ago, state legislators banned the use of plastic bags along the Outer Banks, a decision that was supported by the business community. In 2017, new legislation to repeal the plastic bag ban was introduced. The Outer Banks Chamber of Commerce rallied both its members and supporters through Muster, inspiring them to send over 900 emails to decision-makers through the advocacy alert.

The takeaway: incorporating digital advocacy tools can strengthen a nonprofit's role in the community as a leading organization that supporters can look to for guidance on how to communicate with elected officials.

3. Opportunities for Engagement Come in Many Forms

Outside of digital advocacy tools, Patagonia meets policy challenges by raising awareness and educating citizens through an array of mediums. Patagonia offers specialized grassroots trainings, has published a book on environmental advocacy, and reaches supporters across the country through social media and traditional marketing strategies. Patagonia's multi-pronged approach to engaging with consumers can serve as a model for nonprofit organizations.

The takeaway: nonprofits should diversify communications between the organization and its membership and future supporters. Attend events with a booth to promote marketing communications, take advantage of social media's audience reach, engage in online advocacy, create a podcast, host in-person educational seminars, write a blog, start a newsletter service, volunteer in the community, etc.

4. Activism Leads to a Dedicated Following

One can assume that Patagonia’s recent work on behalf of American national monuments strengthend its bond with its consumers and probably resulted in increased brand loyalty and extra sales. People generally want to support companies they believe are worthy of their dollars, and the same thought process goes for a nonprofit supporter evaluating a nonprofit organization.

The takeaway: for a nonprofit, an active role in the legislative process can benefit the organization through a variety of ways: supporters will witness the organization's commitment to advancing common goals and donate money (fundraising) or even join the group (membership growth and companion dues).

Ways to Engage Your Membership for Stronger Grassroots Advocacy Happy Friday everyone! Let’s kick off the weekend with this list of ways to further...

Nonprofits and associations, particularly those organizations with strong grassroots needs, should focus on building social capital for greater...

What is Digital Advocacy? Everything Beginners Need to Know

Digital advocacy has transformed civic engagement by mobilizing constituents through technology. Learn everything you need to know in this...