Corporate Advocacy: When is Grassroots Engagement Right for Companies?

To close the gap between trade association advocacy and a company’s distinct needs, some firms find success by taking a grassroots approach to influencing legislative and/or regulatory issues - sometimes in addition to an in-house government relations team. This article focuses solely on corporate grassroots engagement.

Take for example, Uber - the popular ride-hailing app - which has repeatedly faced local policy hurdles throughout its growth. Uber has taken a powerful grassroots approach to influencing public policy by building up an army of loyal fans. In 2016, about 90,000 Uber users in Toronto signed a petition to keep the service in the city - the massive petition carried weight during the City Council’s deliberations and Uber succeeded. Uber has acheived local regulatory success many times over through its grassroots engagement strategy - and so have other prominent companies battling rules or laws affecting their key business area: Lyft and Airbnb.

Today, empowered consumers double as grassroots advocates - ready for activation when prompted to participate in initiatives. The term "brand advocate", once used to describe a brand evangelist or enthusiast, has taken on a whole new meaning as consumers are given opportunities to engage in political advocacy on behalf of a brand the believe in. When a company's goods or services benefit peoples' lives but the company faces policy or regulatory battles that impede its ability to operate, citizens should embrace the chance to advocate for what they want. Companies can play a role in making citizen advocacy easier through online advocacy tools.

Some companies only tap into their grassroots supporter network in times of business-related crisis, while other companies may seek opportunities to engage in a broader political conversation. This 2014 study published by the Public Relations Journal  states that policy-relevant statements made public by companies "may be proactive organizational initiatives". In other words, in today's politically-aware climate, companies are choosing to invest in civil society and in policies that affect their bottom line or core values. There are numerous benefits to “owning” their own public policy agenda and expanding into a larger political discussion.

The Public Affairs Council recently reported that companies are increasingly facing pressure from stakeholders to participate in policy issues, with a larger percentage of companies reporting that they expect this pressure to grow in the coming years. At Muster, we’ve witnessed an upswing in the use of digital advocacy solutions each year we’ve been in business, further validating that involvement in the political process is trending upwards in the private sector.

So when is grassroots engagement the right move for a brand?. A 2014 study by the Global Strategy Group found that a compelling method for a corporation to engage in politics is to participate in policy issues that relate to the company’s industry. The article cites Hotels.com’s crusade for guaranteed vacation time as an example of a company that fared well in public opinion by developing a policy campaign that linked directly to the company’s core business area: vacation and travel (Source). Advocacy campaigns offer an opportunity for companies to present themselves as civically-engaged, while fostering better relationships with the consumers who approve of their policy engagement.

Companies looking to engage the public and other stakeholders in advancing policy can rely on the expertise of "professional grassroots lobbying firms (PGLFs)", a term used in this article by Edward Walker. Like Muster, firms with expertise in digital advocacy can significantly enhance a company's grassroots engagement strategy.

As political engagement becomes the norm in the corporate world, how will your company develop and execute a grassroots strategy? We'd love to hear from you and start a dialogue on how we at Muster can help. 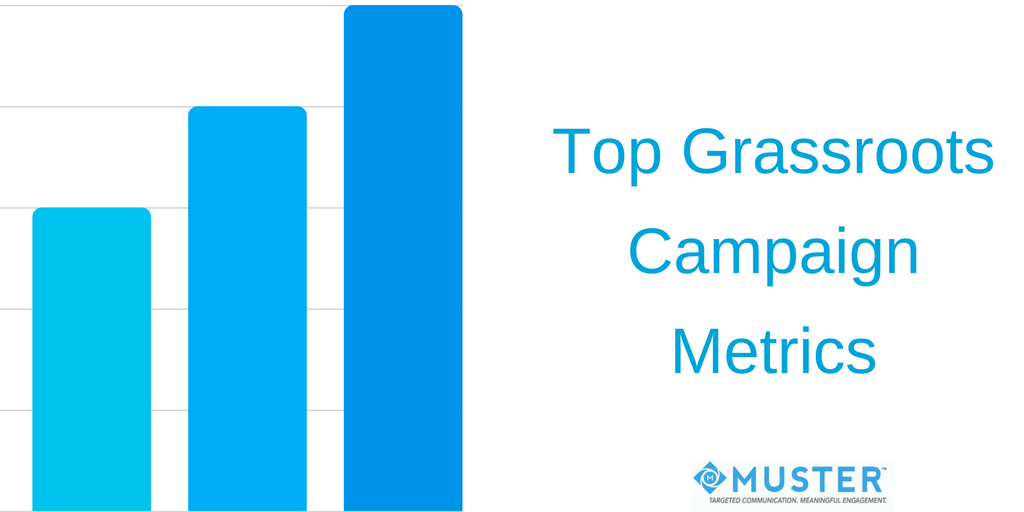 3 Most Important Analytics to Monitor in Grassroots Advocacy Campaigns