Ways to Engage Your Membership for Stronger Grassroots Advocacy Happy Friday everyone! Let’s kick off the weekend with this list of ways to further engage your membership. Strengthening the bond with...

Strengthening the bond with your membership is not only important for maximizing your relationship with them, but additionally members who are involved and passionate about your mission are more likely to take action for you when you release advocacy campaigns. So, let’s review some valuable (and easy!) ways to boost engagement:

What does engagement have to do with advocacy?

Members who care about an issue and believe in the mission of your organization will be more than happy to step up to the plate and advocate when they need to. Engaging your membership will pay big dividends when it come to future advocacy campaigns you sponsor. Take a look at these great statistics provided by the Congressional Management Foundation:

As the party prompting your members to take action, your role is important in driving political change through citizen advocacy, and active members are more likely to do participate on your behalf. High fives all around, and happy Friday! 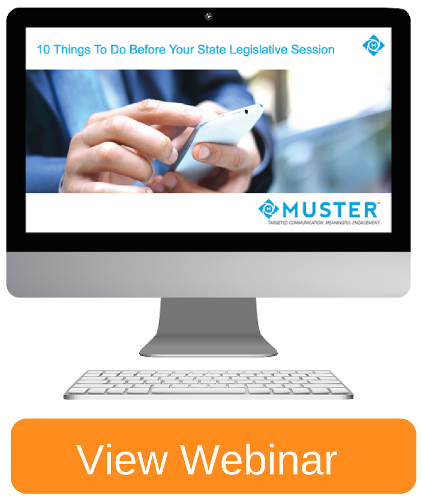 How Engaging Members Drives Meaningful Advocacy No matter the staff size, budget or interstate reach, every association seeks to keep its membership...

How to Solve the 3 Biggest Hurdles with Association Member Engagement

A solid membership engagement strategy is a core function of member-based associations. Associations thrive on the support and involvement of the...

3 Signs You Should Invest In Advocacy Software for Member Engagement

Implementing an advocacy program with a focus on involving your membership will strengthen membership engagement by connecting members with your...