The Development Associate with the JRA guest blogs, sharing insight as to how digital advocacy helps nonprofits organization achieve their mission.

On April 30, 2014 an oil train derailed in Lynchburg, VA and three rail cars fell into the James River, setting it on fire.

The 30,000 gallons of Bakken crude oil spilled along the banks of the James River were a wake-up call not only for the city of Lynchburg, but all of the communities in the James River basin. Informing and engaging Virginians to fully comprehend the value of their river and to recognize the James River as their drinking water source became critical. Building and mobilizing an advocacy network to address these issues became necessary.

Through these forums, we began to build consensus around issues we felt were necessary to bring about change. Once we had our members and supporters fired up, we needed a place to send them and actions for them to take.

Enter Muster. By providing one-click communications, the new Action Network we were building was able to advocate on the James River’s behalf. To top it off, we were able to track and analyze the actions being taken, which sincerely energized our campaign.

The partnership we have built with Muster has allowed us to empower our members and supporters, giving them an opportunity to have their opinions heard.

A year later, we continue to find success with this partnership. The ability to geo-locate our messaging allows us to effectively target the right advocates about issues important to them. The use of Muster's Email Broadcasts gives us a chance to let our supporters know what is happening with the Calls to Action we have asked them to take. As a result, our Action Network continues to grow. 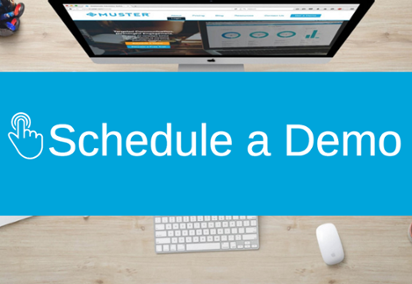 Muster has been selected as a Finalist for the Emerging Small Business Award presented by the Richmond Technology Council.

Tips for Association Leaders on Cultivating a Great Work Environment

We've compiled a few tips to help your association work towards cultivating a positive, inviting, and productive office environment for staff.

A list for those heading to Columbus for ASAE Annual 2019 — these are 10 must-do experiences we've put together for your time in Columbus.