Trey Davis, a lobbyist for the Virginia Farm Bureau Federation, explains the legislative process in the Virginia General Assembly.

The Virginia General Assembly is commonly known as the as the “oldest continuous legislative body in the New World.” As the 140 members of the General Assembly returned to Richmond on January 13 to start this year’s Session, much of the process has remained the same since the 1776 Constitution which confirmed our bicameral legislature of the House of Delegates and Senate of Virginia.

Your legislators do this job part-time:  45 days in odd-number years, and 60 days in the even-number years. This year is considered a long Session.  These even number years are longer Sessions since they must pass a two-year state budget that has to be approved by the Governor.  It’s a lot of long meetings, long hours, and long debates.

Virginia’s Delegates and Senators are very accessible and engage in a highly transparent legislative process (to connect your membership with Virginia legislators, click here).   If there’s a bill being debated that you’ve heard about in the media, you have the opportunity to both discuss the bill personally with your legislator and then be in the room when its merits are discussed.

But how does an issue that you’re passionate about become law?

Our process can be overwhelming if you’re not familiar with it, so the following is a pretty detailed synopsis:

A legislator first has an idea for a bill. The idea could come from you, them, an interest group, a constituent, or the Governor’s office.  After the bill is introduced, it is assigned a number and introduced to the appropriate committee based on its subject matter- either a House or Senate committee, depending on the member who introduced it.

If the bill is reported, the Virginia Constitution requires that the title of each bill be read three times or appear in the printed calendar on three different days. Bills are considered in the order in which they appear on the calendar.

When passed from its house of origin, the bill is sent to the other body, and the process begins again. Crossover is the date when the house of origin must have taken action on a bill or the bill dies, and this year’s date is February 17.   Each body must then pass the same bill in the exact same form, with all amendments agreed to.  There’s a lot of back and forth between the bodies to agree or accept the other body’s amendments.  A Committee of Conference may be formed to resolve the differences between the House and the Senate. If a Committee of Conference is not formed, the bill fails to pass.   If the bill passes both houses by the end of the General Assembly Session, it goes to the Governor’s desk.

If a bill makes it through all these hurdles, it will go into effect on July 1, 2016…most of the time.  It may have an emergency clause that demands a different start date.

It’s a lot to take in, right?  Luckily, the General Assembly has dedicated staff that help them with the parliamentary procedures to keep it all straight.  Even then, it’s easy to get lost in the weeds. Your legislators are about to make decisions on thousands of bills in only 60 days. There's no possible way for them to be an expert on everyone that comes in front of them.

Without a passionate constituency, they will be even more lost.  If you’re an expert or care about a bill, make sure they hear from you. The difference is made by the people that show up. 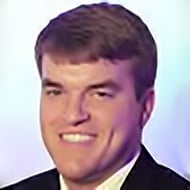 Trey Davis is a lobbyist for the Virginia Farm Bureau Federation and can be reached at trey.davis@vafb.com.

Support the Virginia Nurses Association as they are representing those on the frontlines of the COVID-19 pandemic in Virginia.

It’s important to get your member needs assessment process right to gain access to valuable input. Here are four tips for conducting an effective...