6  Factors Association Advocacy Has in Common with Political Campaigns

Here are 6 functions that both political campaigns and association political advocacy outreach share in common: 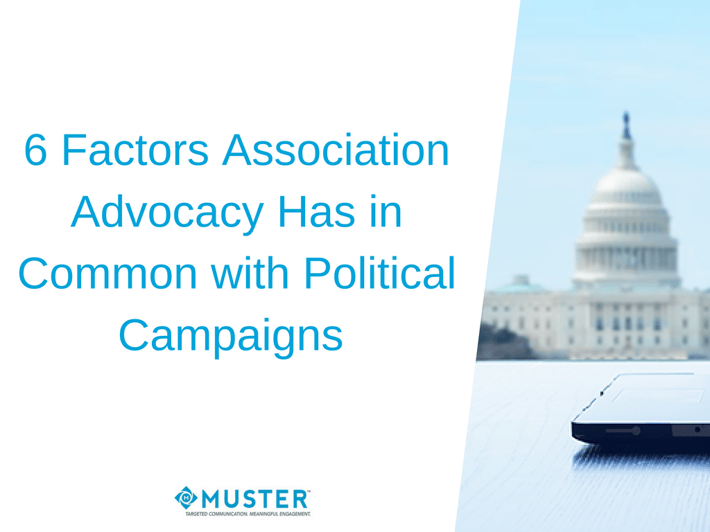 Engaging constituents should be the goal of all outreach, communications, and events hosted by the political campaign. Without a solid engagement strategy, a political campaign lacks a strong supporter base that will follow through with the mission of the campaign on voting day. Similarly, associations require the active engagement of their membership to voice their support on critical legislation to sway decision-makers.

Campaign staffers juggle many responsibilities, but the end goal is the same for every team member: elect the political candidate. In the same way, association professionals who work with a small association are most likely balancing multiple responsibilities. While staff members serve the same association in different capacities, it is every staff member's responsibility to help advance the association's political agenda. Whether it is through lobbying, communications, PR, online messaging or fundraising, everyone can contribute their skills to reaching the same policy goals.

On a political campaign, grassroots donations can propel a campaign forward and help elect the desired candidate. In an association's context, fundraising depends on your relationship with people. Supporters donate money as a viable extension of their trust in your association. If your association is seeking to collect funds to work towards a specific political outcome, create a Political Action Committee. Read more about the importance of PACs here.

Finances often dictate the strategies behind a political campaign. Whether a campaign is funded by billionaires, Super PACS, or grassroots donations, every penny donated towards a campaign influences the decision-making process behind the creative direction of the campaign. Understanding the budget is an important component in the overall strategy driving the campaign forward. In the association world, budgets delineate the path that associations can take. Often, smaller associations work towards their missions under heavy financial restrictions while large associations with bigger budgets have greater flexibility and freedom with their resources. Whatever the budgetary situation may be, it’s crucial that your association allocates a certain amount of annual budget to lobbying expenditures and tracks expenses closely.

Communication coordinators of a political campaign are responsible for representing their candidate to constituents through traditional and digital messaging. Nowadays, online media and email marketing are key avenues for showcasing candidates' policy stances and gaining public support, as well as fundraising. Association professionals should look to the way that political campaigns communicate with constituents by learning from their hyper-targeted messaging. Political campaigns reach out to segments of constituents strategically and with tailored messaging for maximum impact. For an association, it is critically to keep contact lists organized and segmented prior to any political advocacy initiatives. For example, it is useful to generate multiple contact sublists grouping constituents together by profession and political district. Come advocacy season, having these lists on hand will streamline political advocacy outreach. Are you interested in learning more about easily segmenting and filtering contact lists? Contact us to speak with an Advocacy Specialist who can explain best practices when organizing contact lists. 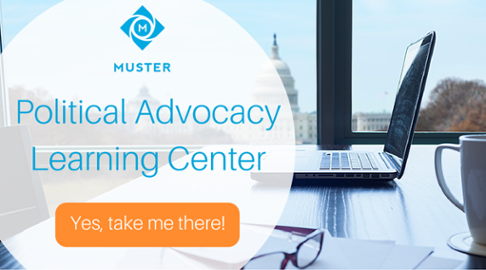 How Associations Can Drive Policy Progress in a Polarized System

3 Things to Consider Before Taking a Public Stand

Whether or not your business or organization’s leadership has chosen to publicly participate in the political arena, your team should be monitoring...